Expert Wasp Exterminators To Get Rid of Wasps Safely, Effectively, and Humanely 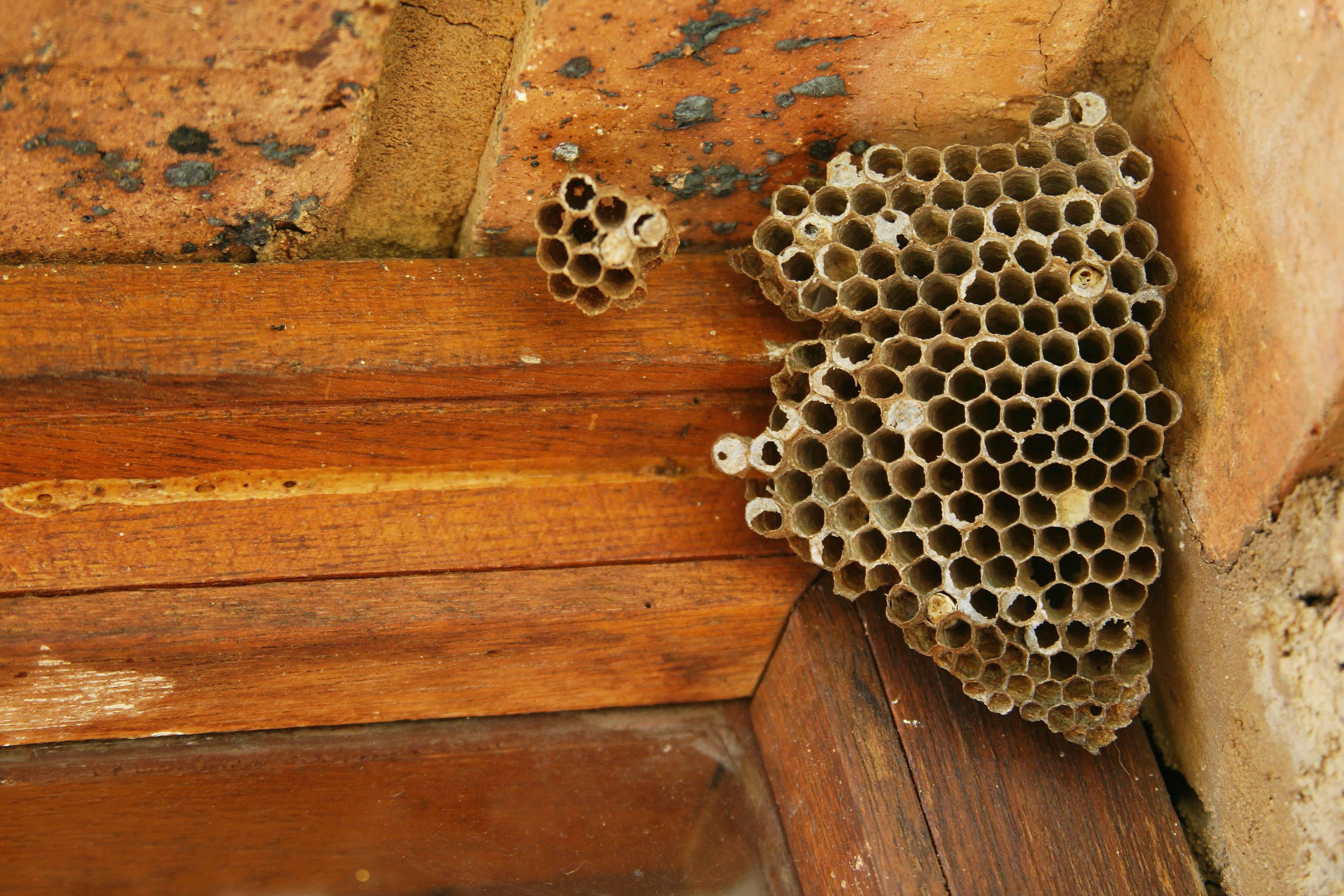 There are several types of wasps in Southern California. Some of these are loners and some of these live in large colonies. While wasps in general can be beneficial because they’re pollinators and because they eat other insects – such as flies and small spiders – most people find them an unwelcome presence and would much prefer to have wasp extermination done.

The mud dauber wasps build small nests and do not form large colonies. The usually will create tube-like nests under eaves, on walls and other vertical surfaces. Their buzzing can be an irritating sound, and they can sting – but that’s pretty rare. Mud daubers feed on spiders and drink flower nectar, and generally have little reason to come near humans.

Paper wasps build their nests out of wood pulp, in a pattern similar to bees’ nests. Paper wasps have an orange, blonde hue to their bodies. They are considered a beneficial insect by gardeners and farmers because they eat beetle larvae and caterpillars. These wasps are not aggressive unless directly threatened, but their sting can be very painful.

Yellow jackets are a pest to humans for several reasons. The first reason is that they tend to forage all kinds of food, food that humans eat. Yellow jackets like sugary items, fish and meats, so they are drawn to picnic baskets, poolside sodas and baby bottles left unattended at the park. The second reason why people dislike yellow jackets is that, out of all wasp species, yellow jackets are among the most aggressive. They will sting repeatedly if provoked, and their sting can be quite painful. Even threatening sounds, like a motorcycle’s engine, a lawnmower or loud music can trigger a yellow jacket attack. The third reason is that people tend to mistake them for bees, as they also have a bright yellow color. However, unlike bees, yellow jackets are not furry and do not have a roundish shape – they have a noticeably thin waist. You can also notice they have very distinct patches of black and yellow. They also lack the long back legs that bees use to carry pollen. It is important not to confuse a yellow jacket for a bee. You can chase a bee away by waving your hand, but a yellow jacket may respond to this gesture by attacking.

Yellow jackets are also harder to deal with because they’re highly social. They live in large colonies, often reaching thousands of individual wasps per colony. If you find such a colony do not try to tackle its removal by yourself, as you could provoke the attack of hundreds of wasps, which could result in serious injury.

For each of these wasps, there is a specific recommended approach, and the experienced wasp exterminator in Orange County has the skills and the tools to adequately deal with every one of these. The Bee Detectives have been exterminating pests for a long time and have lots of experience dealing with yellow jacket wasps, mud dauber wasps, paper wasps, bees and all sorts of insects. Call The Bee Detectives at 714-546-4510 today to solve all your wasp extermination needs!

When you need to have honey bees removed, it is essential that all debris from the area is removed. Dead bees and brood can give off noxious odor that will attract mice, rats, roaches and other unwanted pests to the area. Orange County Bee Exterminators from the Bee Detectives can help safeguard your home from these invasions.

Bees, found in almost all parts of the world except near the poles, are among the most useful of all the insects.